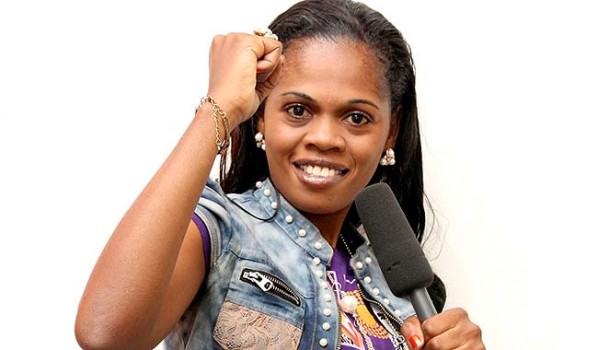 Award winning gospel singer Betty Bayo a few days ago took time to look back at the hectic year that she went through in 2014 after the incident of Pastor Kanyari. Anyone would love to be seen on the media on a 24 hours basis for the right reasons but for Betty Bayo’s case it was the other way round. She could not believe that her life had gone from a hill to a valley in a span of an hour of investigative series Jicho Pevu.

Being married to acclaimed pastor Kanyari was what made everyone to speak after her husband was allegedly caught live on tape in astonishing acts of using GOD’s word to extort money from his congregation and viewers.

Though a tough year it was for Betty Bayo, she has been standing strong and she publicly thanked GOD for helping her pull through one of the moments that would make a person literally go insane by the number of names you are called for being married to such a man.

2014 happened to be most challenging Year of my life.. being the talk of the whole nation for the wrong reason …mara eti am clubbing Tribeka mara this mara that….. the devil affected almost everything in my life but the idiot that looser forgot something very important. He did not affect my MIND and my FAITH.. now am facing 2015 with experience and God Has being so faithful ‪#‎smilling‬ . thanks to my fans who supported me all through I pray in time of need my God raise people to stand with u too in Jesus name sema…‪#‎myenglishmychoice‬..