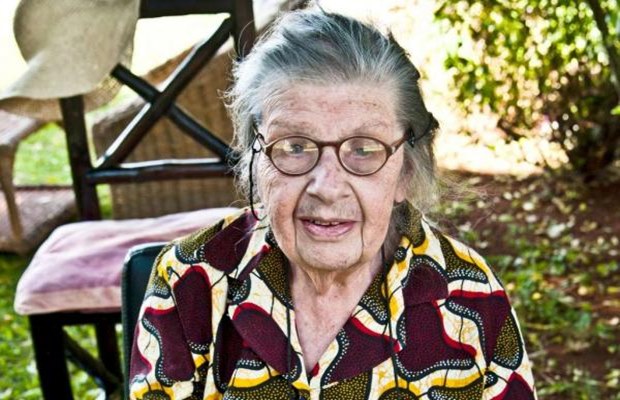 Late Marjorie Macgoye Oludhe Who Passed At Her Home In Ngara

One of the best writers in Kenya is no more. Marjorie Oludhe behind the known set book ‘Coming to Birth’ is dead. Marjorie Macgoye Oludhe passed at her home in Ngara.

Marjorie Oludhe had distinguished herself as a writer of poetry, novels and children’s stories. She wrote Homing In, which was second in the Jomo Kenyatta Prize for Literature in 1985.

Marjorie Oludhe travelled to Kenya to work as a missionary in 1954. She worked at the S.J. Moore Bookshop on Government Road, now Moi Avenue in Nairobi, for some years. While there, she organized readings which were attended by, among others, Okot P’Bitek, the author of Song of Lawino, and Jonathan Kariara, a Kenyan poet.

She met Macgoye, a medical doctor, and the two were married in 1960. In 1971, an anthology entitled Poems from East Africa included the acclaimed poem “A Freedom Song”. Her 1986 novel Coming to Birth won the Sinclair Prize and was used as a set book in Kenyan high schools between the years 2005 – 2008.