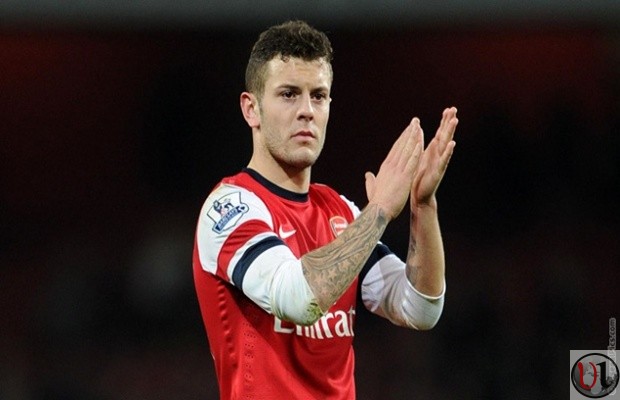 Arsenal midfielder Jack Wilshere will be have a spell on the sidelines for a period of  6 weeks. Wilshere suffered the injury during England’s international match with Denmark on Wednesday night at Wembley Stadium, in which he played 59 minutes.

Following initial scans carried out by the FA on Wednesday night, further investigation by Arsenal’s medical team has discovered a crack to a small bone in Jack’s left foot – the navicular, an area of his foot which has not been previously injured.

Jack will now require a period of approximately six weeks’ rehabilitation, before starting to regain his match fitness. This is bad news for the arsenal team having Aaron Ramsey , Theo Walcott on the sidelines. Though that bad Arsenal will receive an injury boost as their January signing Kim Kallstrom is back to full match fitness and Ramsey is set to return against Tottenham.