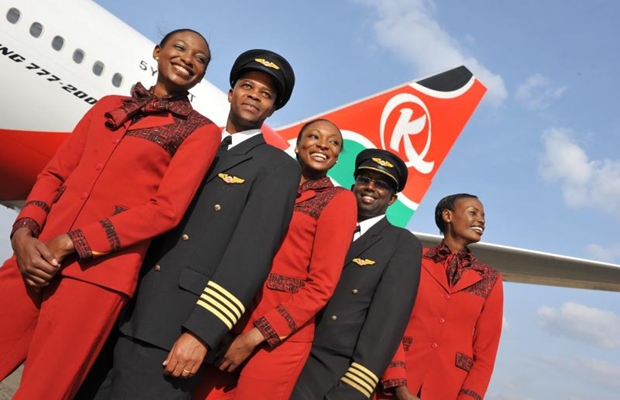 Kenya airways (KQ) has sent home 80 of its employees. This comes as a first phase of staff reduction that the airline announced in March, stating that they are planning to lay off 600 of its employees as an attempt to cut its wage bill by upto 2 Billion Kshs.

The carrier has a workforce of approximately 4,000 employees, with a wage bill of Sh16.9 billion as of the end of March 2015.

Kenya Airways announced its biggest ever loss in 2015 of Sh25 billion and has since been looking for ways to turnaround the business. They appointed U.S consultancy firm McKinsey to draw up the restructuring plan dubbed ‘operation pride’ expected to save the airline Sh20 billion. In 2015, the airline announced that it had to take debt to pay its workers. They further announced a half year loss of Sh11.9 billion.

The airline has teamed up with various workers’ unions to ensure that they carry out the exercise within the law, and to ensure that it goes on as smoothly as possible. The laying off of staff was set to kick off in May, but this was delayed due to the 10 billion funding from the Africa Export Import Bank, which they received late.

Kenya Airways’ Chief Executive Mbuvi Ngunze,stated that the exercise fits within the airline’s recovery program, that has also seen the reduction of the fleet size. Other than cut costs, the retrenchment is expected to increase staff productivity.

They are expected to announce their full year results at the end of July.