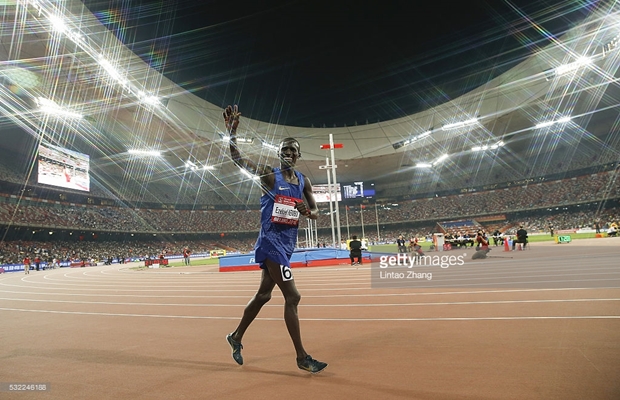 Ezekiel Kemboi announces retirement after winning bronze and later on being disqualified from the Olympic Games men’s 3,000m steeplechase on Wednesday.

Kemboi who finished third on Wednesday in the 3,000m steeplechase finals, said he has had enough of the track and was calling it quits. “I have retired from running,” is all Kemboi could say as he walked fast away from the journalists at the mixed zone. He was not ready to entertain further questions from the journalists who were keen to know more about his retirement.

He was the reigning two-time Olympic champion and originally finished third in Wednesday’s race won by his compatriot Conseslus Kipruto.

Kemboi was disqualified from the Olympic Games men’s 3,000m steeplechase on Wednesday for stepping off the track, promoting France’s Mahiedine Mekhissi to bronze.