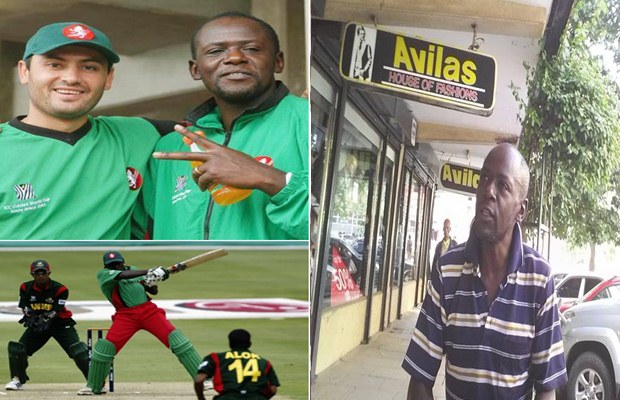 In 2003 when Kenya was playing Srilanka at Nairobi Gymkhana, the stadium was filled with thousands of elated Kenyans who couldn’t imagine how we beat Srilanka in a world cup. A team that was made up of Steve Tikolo , Collins Obuya , Kennedy Otieno, Martin Suji , Ravindu Shah and Maurice Odumbe was the reason behind that success on that year. A scandal popped up after that and Maurice Odumbe a well known cricket player and former captain of the Kenyan team, was banned from playing cricket for five years for allegedly flouting the ethical and professional rules of the KCA and ICC.That would be the moment that Maurice would move from class to grass. According to business daily.

Maurice filed an application for judicial review in our Kenyan High Court against the Kenya Cricket Association, the ICC and the presiding judge at his trial.

He prayed for an order of certiorari and prohibition. An order of prohibition would prohibit the KCA and ICC from banning him from playing cricket therefore effectively restoring his status.

The main ground in support of his application was that the KCA is a public body and therefore its decisions were susceptible to review by the court via judicial review.

The respondents put up a protracted argument arguing that both the KCA and ICC are private bodies and therefore not susceptible to judicial review.

Decisions of private bodies, it was argued are not in the court’s domain. Fast forward to 2015, Maurice Odumbe is not that same cricketer who would park his car at the prestigious parking lot designated for cricket players arriving at cricket grounds. He is a poor man living like a beggar. His once called upscale life is no more.

Fashion Watch analyst Robert Burale is one of the public figures who caught up with him and he was so moved by the state in which Maurice Odumbe is living and he has started a campaign to help him. “Sad afternoon. ..I bumped into my old friend Maurice odumbe…. once the best cricketer in this side of the world..he put Kenya in the map..every newspaper was ODUMBE THE BEST. …ODUMBE THE MAN. .but now he is left to wallow in desperation and living like a beggar (his own words)…and he tells me that IBRAHIM BILALI the former boxer is even worse..DO WE FORGET OUR HEROES,??? SAAAAAAD. (I put up this post in Maurice’s presence) LETS HELP HIM” This begs the question, are we good at enjoying the fun while our players win medals for us and in the long term we do not go back to check how they are living ?

GOD BLESS YOU ALL WHO WILL HELP.