The English Premier league is among the most followed and watched football league worldwide because for among many reasons the entertainment value.

Having started decades ago, different teams have battled it out for the coveted premier league trophy with some privileged than others to have hoisted the trophy many times than the others.

Among the most of fiercest of rivals in the league include, Arsenal, Manchester United, Chelsea, Liverpool, Tottenham Hotspurs among others.

The battle for supremacy has always been intense and the current season of 2016/17 is no any different with as all teams are doing all it takes to topple each other’s record.

New managers have been contracted as well as world class footballers brought in from various clubs and all the fans worldwide can hope for is football galore.

Some of the coaches have clicked very well with their new teams for example, Antonio Conte for Chelsea, Jurgen Kloop for Liverpool and Mauriccio Pochetino for Tottenham Hotspurs, have breathed fresh breath of air to their new teams because they seem to have delivered the Blues, Reds and Spurs respectively, back to their heydays.

For others however, the struggle to regain form and return to winning ways seem to be taking longer than expected with Jose Mourinho feeling the heat even after bringing in some renowned names in the current century to ply their trade for Manchester United.

Arsenal on the other hand looks like the only team to have struck its winning formula after Arsene Wenger finally broke the bank in order to bring in some world class players to his side.

However even with all this put into consideration, player injuries and suspension bans are the other major contributing factors that can diminish any team’s hope of a podium finish.

For instance, it is a well-known fact that Arsenal’s major shortcoming to claiming the Premier League trophy is the endless list of injured players denying them playing time and influence to the teams winning mentality.

Chelsea too is not spared as among the players in the injury list include current top scorer Diego Costa (unknown) Nemanja Matic (calf injury) and John Terry (hip injury).

Liverpool’s chances of glory were dealt a major blow after one of their star players, Phillipe Coutinho was ruled out for several weeks with an ankle injury.

For a team like Manchester City under Pep Guardiola will be missing services of some of the star players because of suspension bans picked up after some cynical challenges in previous games.

In the end of the day, injuries and suspensions are the major hindrances these teams have to contend with in their bid to becoming the best they ever was hence most mangers try all they can to make sure that each position in the squad consists of more than three players to act as back up fillers in what is referred to as depth of squad 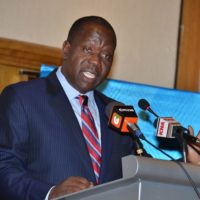 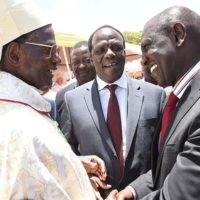