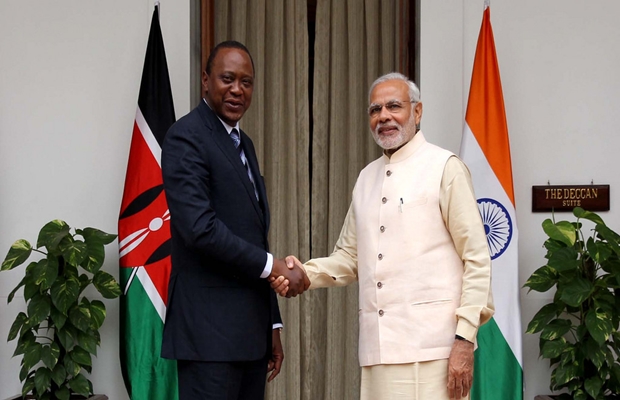 Just days after Israel’s Prime Minister Netanyahu’s exit from the country, Kenya is set to host another international figure within its borders this weekend. Indian Prime Minister Narendra Modi is set to visit Nairobi on Sunday as part of his five-day Africa tour.

He will be in the country for a day, holding talks with President Uhuru Kenyatta.

President Kenyatta visited India for four days last year in  October, during the India-Africa Summit held in New Delhi . He took this opportunity to welcome Mr.Modi to Kenya.

India’s High Commissioner to Kenya Ms Suchitra Durai in Januarannounced that the PM Modi had accepted President Kenyatta’s invitation and would visit the country later this year.

Just yesterday (5th July) traffic in the CBD was at a standstill following Israeli Prime Minister Benjamin Netanyahu’s Nairobi visit. Nairobi residents were not happy with the fact that they were not earlier advised to use alternative routes while going about their duties. Today, Netanyahu flew out of the country, leaving Mombasa Road impassable for a few hours. He however apologized for the traffic snarl up that his visit caused.