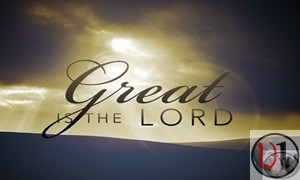 We have been sharing Westgate Mall’s tale of survivors as we feel its important for us to thank GOD for every life saved. Today we share about a courageous 13 year old girl who survived by playing dead next to her father who had been shot dead by terrorists.

Dr Juan Jesus Ortiz-Iruri had just pulled up in a basement car park under the shopping centre when he was shot in the chest. His daughter, Juanita Ortiz, sustained gunshot wounds to her leg and hand, but managed to evade a possible follow-up hit by lying still for up to four hours.

Her brother Luis, who flew to Kenya from Australia, told The Times: ‘For a couple of hours, maybe four, she sat in the car until someone came and got her and carried her into an ambulance.

‘They left my father because he was dead.’

Dr Ortiz-Iruri had recently been offered a job as a senior technical adviser in the Centre of Maternal and Newborn Health at the Liverpool School of Tropical Medicine.

The family was due to leave Kenya today and Juanita was reportedly excited aboutmoving to England.

I would say being in such a situation must have been really scary for that girl as she was lying next to her dead loving Father.