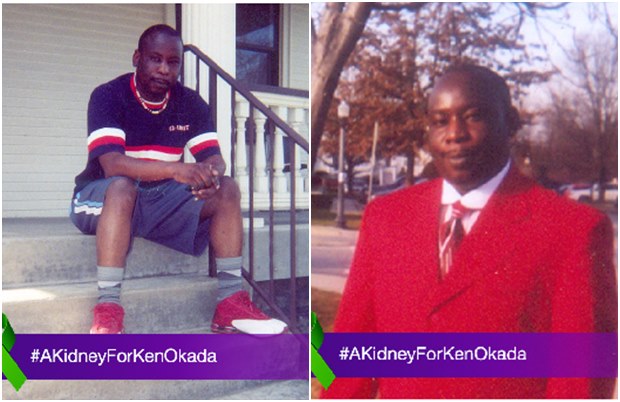 Life can take a huge turn while you least expect it and Ken Okada is on that path where he needs the help of us Kenyans to support him. Former Nation Journalist Ken Okada is battling with Kidney failure termed incurable with the short term remedy being  dialysis while the long term remedy is a transplant. In April 2002, John Ken Okada developed a small swelling on his back which required a surgical procedure to manage it. It was during the routine tests that he was diagnosed with diabetes type II. He did manage the diabetes with exercise and diet and occasionally medication over the period.

Around July 2011 as he actively engaged in his consulting career which involved a lot of travel, he realized that he had difficulties moving short distances. He experienced fatigue, unexplained swellings on his feet and occasional drowsiness. Unable to ignore the feelings anymore, he consulted a physician on 3rd October 2011 who advised on a number of medical tests. It was then discovered that he had also developed High Blood Pressure (HBP) and Kidney failure. Since being diagnosed with Kidney failure, he has continued to develop multiple organ failures more so his failing eyesight which requires surgical attention besides other conditions.

Kennedy been in and out of several medical facilities both as an in and out patient. He manages the Kidney failure through dialyzing twice a week and if need be three times a week at a cost of Kshs. 7000/- per session. This cost is not inclusive of medication and other tests that are once in a while prescribed by his doctor. Kidney failure is incurable and the short term remedy or management is dialysis while the long term remedy is a transplant. Getting a donor has been a challenge but the family continues to engage relatives. Funds for dialysis has also been quite a challenge but with the support of dedicated friends, he has been able to go for the sessions. The cost that will sustain the transplant and medication ranges from anything between 2.5 – 3 million Kenya shillings.

The period for Ken’s sickness has disabled him in all ways. He is unable to perform any gainful economic generating activity as he spends two whole days and sometimes three in hospital for dialysis. His energy levels are down and he requires a lot of support. Every little saving the family had has been depleted on medical bills. We appeal to any well-wishers and friends to come to his rescue as Ken is a very energetic and productive person under normal circumstances.