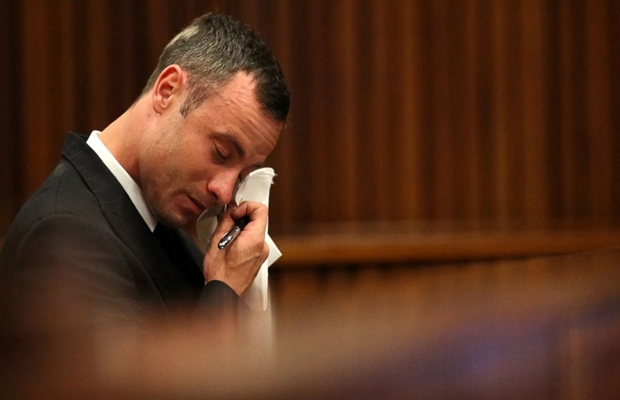 South African Olympic athlete Oscar Pistorius has just been sentenced to six years in prison for the murder of his girlfriend Reeva Steenkamp in 2013. Initially he was given five-year conviction for manslaughter which was changed to a murder conviction last December after an appeal.

29 year old Pistorius, dressed in a black suit was immediately taken to jail. In  February 2013, Pistorius shot his girlfriend Reeva Steenkamp four times through a locked toilet door. He did not deny shooting his girlfriend, but hid defense was that he thought she was an intruder, and he shot out of fear.

Pistorius, who had his legs ampitated below the knees while still a baby, made headlines as the first amputee sprinter to compete in the Olympics running on prostethic blades.

In August 2012 he competed in London Olympics and Paralympics, where he won a gold medal. In February 2013, he shot dead his girlfriend Reeva Steenkamp. In March 2014, his trial began. The judge found Pistorius guilty of homicide in September 2014. His 5 year sentence began in October 2014. In October 2015 he was transferred to house arrest, and filed for an appeal in December 2015.

Today, he has been sentenced to six years in jail for murder.