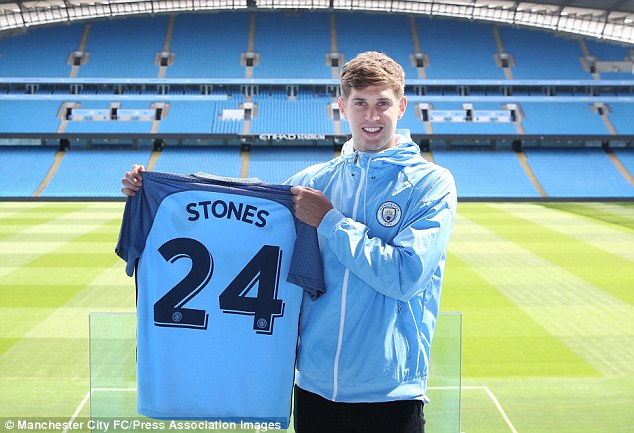 Gerard Pique believes Pep Guardiola is the perfect mentor to develop John Stones into a world-class defender at Manchester City.

Stones moved to City from Everton earlier this month for a fee believed to be in the region of £50million, as Guardiola attempts to mould a team able to fit his philosophy of playing out from the back.

Those plans have already seen goalkeeper Joe Hart dropped to the bench, with Willy Caballero preferred and speculation mounting that the England international could seek a move away from Etihad Stadium.

But one man who appears set for the long haul is Stones.

The 22-year-old has drawn comparisons with Pique, winner of three straight LaLiga crowns and two Champions League titles under Guardiola at Camp Nou. “Stones is a great player, the best central defender England have. I like how he plays, it’s a similar style to mine,” Pique told Marca.

“Pep will help him to a lot to take a lot of risks with the ball. It’s like poker – sometimes, you have to take risks.

“But being in defence, you have to control those risks. I think he’ll do well.”

This season sees two managerial heavyweights go head to head in the Premier League, Jose Mourinho joining Guardiola in moving to Manchester, the Portuguese taking over at United.

Pique, who left Old Trafford for Barca in 2008, says his allegiances still lie with his old employers, rather than his former manager.

“Between Pep and United, I go for the latter,” he said. “I had some really good years there and I’ve always considered it as a second home.

“I’ll always be more of a Red Devil, although I have to admit that I follow City fondly because there are people there I know, like Txiki [Begiristain, City director of football], who helped me come to Barcelona, and [Spain] team-mates like [Jesus] Navas and [David] Silva.”