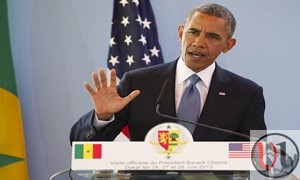 Same Sex Marriage is something as Christians , i feel we will never agree with because it is WRITTEN.

This is something which is disturbing to one as a christian and also in the case of morality. Gays are having a hard time even currently in Kenya where others are attacked for their acts. So The Question in USA was.. Same Sex should be given the same rights as others or not and….

The Supreme Court’s ruling on same-sex marriage produced historic gains for gay rights Wednesday: full federal recognition of legally married gay couples and an opening for such unions to resume in the nation’s most-populous state.

President Obama while giving out his speech in Senegal which is one of the countries he will be touring in his African Tour said he feels its a victory for America in passing of  same sex marriage rights.

He called the overturning of a key part of the federal Defense of Marriage Act, which denied federal benefits to same-sex couples, a “victory for American democracy.”

The ruling by the Supreme court played a role in striking down a key part of the 1996 Defense of Marriage Act (DOMA), the court declared that gay couples married in states where it is legal must receive the same federal health, tax, Social Security and other benefits that heterosexual couples receive.

“My personal belief, but I’m speaking as a president as opposed to a lawyer, is that if you’ve been married in Massachusetts and you move someplace else — you’re still married, and under federal law, you should be able to obtain benefits,” Obama said.