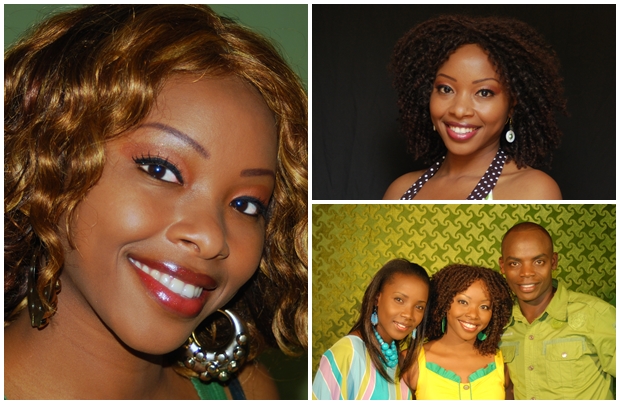 Taji (born Susan Kamande), is not a new name in the Kenyan gospel music industry, having begun in 1998 as part of the revolutionary gospel group SHAMMAH, and releasing hits such as UKILYA MOKO, YEMBELA NZAMBE among others in their self-titled debut album.

At the end of the Shammah’s ministry, She continued to sing and pursued a solo career and released hits such as Heaga Hinya, Amazing, Run featuring Isaac Blackman, as well as other collabos with various artists such as Kenti, Samukat, Remmy Bunction, Alice Kamande among others. In 2013, She enlisted the help of the prince of benga Dan Aceda in writing her song Imani that was very well received.

Working on her soon to be released album, Taji considered rethinking the direction into which her music was going and decided to take a 3year break as she worked on new music.

The yet to be titled album is set to be released towards the end of 2016 and the new single MWAMBA featuring Congolese King of gospel rumba Joshua Tshiyombo, is a glimpse into what to expect from this mellow voiced singer. From the sound of it, it is expected to uplift your soul and help people lift their voices in praise of our Almighty God the African way.

She also used the break to establish and strengthen her business under the name of Taji Beads Design, which she is very passionate about.

She has worked with renowned music producer Robert “rkay” Kamanzi on this debut album as well as the new sensation in music production Dennis Ihaji who is Rkay’s protégé. Groove award winner Patrick Mbaru aka Saint P has also shared his talent on this album.

Maramoja Filmz produced the beautiful video to this amazing praise song ‘Mwamba’ as well as her previous songs and we pray that it blesses you the way it has blessed us.
Moving forward, she hopes to continue sharing her multiple talents in creative arts especially through song and jewelry design.