Renown Kenyan producer  of Tamusana Records who has worked with artistes like Wahu, Daddy Owen, Size 8, Jimmy Gait among many others has finally put a ring  on it. The producer by the name Jacob Otieno/Jacky B got engaged to his girl friend Brenda Michelle whom he has been dating for a while  now.

In a post the producer who is a proud father to baby Atemi said :

“IF YOU LOVE HER

From his time a as a rookie to date, Jacky B has worked with Danco, Eko Dydda , Jimmy Gait , Daddy Owen, Size 8 and Janet Otieno.

It is a fact that has won him many accolades, with his prowess earning him a job as a lecturer at African Digital Media Institute, where he teaches music production. His hits include Vanity, Mateke, Moto, Afadhali Yesu and Furi Furi Dance. 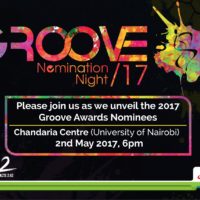