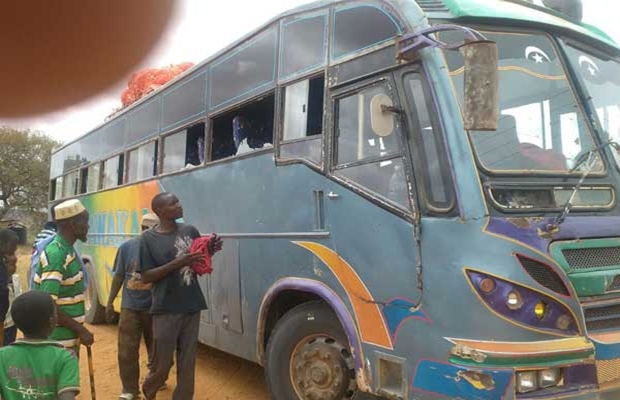 Al Shabaab militants have ambushed 2 passenger buses reportedly leaving at least 6 people dead and over 20 injured. The incident has taken place in Mandera County. One bus, called Tawakal, was sprayed with bullets between Elwak and Wargadud, but the driver sped off.The second bus, e-Coach, stalled after it was hit with bullets. Most of those who died were in the second bus.

Mandera East Deputy County Commissioner Yonah Nyawir earlier said non-locals living in Mandera would not be allowed to travel by bus until the end of Ramadhan. He said that this short-term move is due to security threats posed by the Al-Shabaab militants.

Mandera County Commissioner Fredrick Shisia told Reuters the attack happened at 9:30am (0630 GMT) as the buses were travelling to Mandera town from the capital Nairobi.

“So far we are talking of six dead,” he said, noting that the attack had happened on the road between Wargadud and Elwak.

The United States on Thursday warned its citizens against travelling to areas near the border with Somalia because of threats from Somali militant group al Shabaab.

This is another one of several attacks on the Northern County. It comes just a few days after the Inspector General heightened security in the country’s airports.