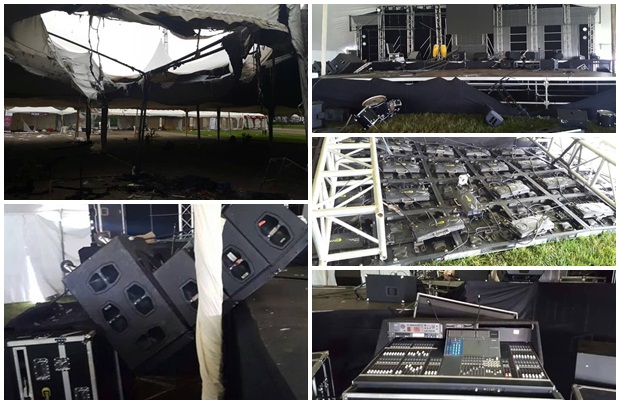 On Saturday unruly students from University of Nairobi decided to take matters into their on hands by disrupting an event that was organized for the good of their future. Ni show power which was organized by the US-Embassy  was canceled after UON students vandalized and stole property that had been set up by the organizers. Mo Sound events was one of the companies that felt the pinch of the destruction as their mixer, screens , and sound equipment were found to be broken after the act.

Last week, the university administration announced that it had banned cooking inside halls of residence and subsequently slashed food prices at the student mess by 25 per cent.

The reduced prices at the university mess made it arguably the cheapest eatery in town with a plate of plain beef stew going for only Sh34 down from from Sh45, while ugali and chapati each cost Sh8.

However, this move seems not to have struck the right chord with the students who claim that the catering system can’t serve all the students resulting in extension of dinning periods by several hours, Nairobi news reports. “@NiShowPower concert is postponed, but the spirit of positive move towards democracy & empowerment continue!” a tweet on the US embassy Twitter handle read. Meanwhile, the university maintains that the directive prohibiting cooking in the halls of residence stands. “No student will be allowed to cook in the halls of residents,” Deputy Vice Chancellor Student Affairs Prof Isaac Mbeche said.