Arsenal have been drawn to face Bayern Munich in the Champions League last 16, while Paris Saint-Germain will take on Barcelona.

Holders Real Madrid are up against Napoli and Leicester City will come up against Sevilla.

Borussia Dortmund are set to do battle with Benfica, while Bayer Leverkusen have a tough test having been picked out against Atletico Madrid.

Arsene Wenger would have hoped for a favourable opponent after his side beat PSG to top spot in Group A, but instead Arsenal face Bayern for the fourth time in five seasons.

Bayern put Arsenal out of the competition at the last 16 in 2013 and 2014, while they met in the group stages of last season’s competition. 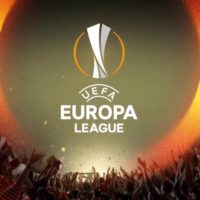