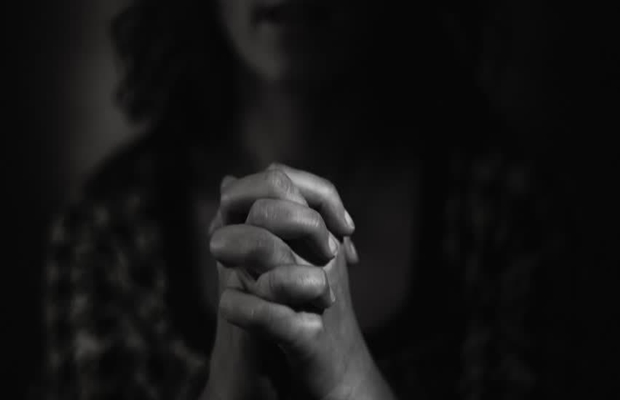 Former KTN Tukuza Presenter Kendi Ashitiva, shared in length about the revelation that she wasn’t as good a wife as she thought she was. She narrates in detail on how she learnt about the mistakes she was making in her marriage. She finishes with advice to all the wives out there and aspiring wives. Her letter comes during a time where marriage has lost it’s meaning, and divorce cases are at an all time high.

“I have always thought of myself as a pretty good wife. I mean I kept a clean house, made nice healthy meals, I kept everyone warm with appropriate clothes and bedding, I took care of the sick, I mean I was a wonderful woman. The Proverbs 31 woman!!

However a few days ago as I was praying, I began to pray for my marriage and I was going to floss over it because I thought, “Hey, I have a great marriage!!” However the Holy Spirit led me not to pray for my husband, but to repent for areas where I was falling short as a wife!!! You should have seen my face!

But as I began to allow God to deal with my heart, I began to see what God was talking about. I wept and wept with such sorrow as I began to repent for not being fully submitted to my husband as the Lord would want me to. I began to see how I see my husband through the world’s eyes and not through the eyes of God. I repented for times when I wasn’t patient with him or I didn’t truly support him like the Lord would have me support him. I repented for secretly holding resentment and offenses against him. Things I wasn’t even aware I was doing. I began to see what a horrible wife I was.

Here is the interesting thing folks, my husband thought I was an AWESOME WIFE, but God tells me ‘NO you are not AN AWESOME WIFE’. According to His (God’s) standards I was falling short. I was lacking in patience, I was lacking understanding, I was lacking in forbearance. Friends, as I lay on the floor crying to God to change my heart and help me be a better wife to this amazing man He gave me, I began to understand that being a wife IS A HIGH CALLING.

I began to see myself for who I really was and not WHO I THOUGHT I WAS. Forget what the world defines a wife  being. ‘Looking hot, dropping it like it’s hot and remaining as age defying as you can possibly be.’ I began seeing that being a wife is no joke!

The only two people called HELPERS in the bible are A WIFE AND THE HOLY SPIRIT. And what does the Holy Spirit do? He comforts, he teaches, he guides, convicts and instructs with such gentleness etc. I began to understand that I am only a good wife by God’s standards and not by anyone else, not even my husband’s. I began to appreciate that I can never be a great wife in my own strength. I have to lean on the Holy Spirit to help me be a GODLY WIFE. Friends everyone can be a wife but not everyone one is a godly wife. I began to see how I was lacking in wisdom, in grace, in humility.. I was so off the mark, yet everyone around me thought I was AMAZING, including myself.

Being a wife is a high calling ladies, so the next time you are praying for your marriage, stop and pray for yourself, ask God to show you areas where you are falling short according to HIS standards. Are you truly walking in humility? Or are you quietly resentful and angry about one thing or another, are you envious or jealous of other people’s husbands,are you secretly comparing your husband with other men, are you insecure and scared? Where do you get your standards from? Society, Culture, Religion or God Himself?

Granted all marriages go through challenges including mine but when the trumpet sounds, and you and I stand before the FATHER we will all account for our roles as WIVES? So the next time you see those shiny rings on anyone’s fourth finger, next time one of your girlfriends gets engaged be reminded that rings are not just cute, they are a SYMBOL, A SYMBOL OF A VERY HIGH CALLING! THAT OF BEING A WIFE, A GODLY WIFE!”

Dear Lord,
Create in me a clean heart towards my husband, remove all areas of pride, resentment, anger and unforgiveness. Deal with frustration, disappointments and regret. Lord heal any past, present and future hurt and help me be the wife you want me to be. Search me Oh Lord and know my heart, and make my life pleasing to you in public and in private In JESUS NAME. Amen and Amen.

God Bless You All